Please check out the cover art and info on Nancy Drew #3 The Bungalow Mystery on my page Nancy Drew Books ~ Titles, Covers, and More

This is a cool mystery and I hope to have a review up some time soon for it (referring to the revised edition). 🙂 If you haven’t read it yet, maybe you’ll get a chance to and hopefully enjoy it or maybe you’ve read it and want to read it again! 😎 A good mystery is always an enjoyable read. 🙂 I really like how Nancy (and the Hardy Boys!) helps people and everyone needs help in some way here on earth. Just a smile or a kind word can make a big difference. I’ve seen it in action and I’ve felt it myself. 🙂 One of the greatest things a person can do for another person is to pray. I know prayer works and it’s powerful, anywhere and anytime. Scares the bad guys really good, too. 😎 Plus, they need prayer, also. Sometimes it might seem hard to pray for your enemies, but prayer can turn an enemy into a friend and ally. 🙂 😎

Disclaimer: Please feel free to ignore the random ads that pop up on the blog. I don’t choose them or have any say about what ones they are since this is a free blog. Most of the ads are pointless and irrelevant junk in my opinion.

Battling for this one: The Bungalow Mystery

@ The Hardy Boys Books and Nancy Drew Books – vote and share your opinion on the covers if you like. 🙂

Disclaimer: Please feel free to ignore the random ads that pop up on the blog. I don’t choose them or have any say about what ones they are since this is a free blog. Most of the ads are pointless and irrelevant junk in my opinion.

As I mentioned in a previous post, the 28th of April, 2015 is the anniversary of when the exciting, much-loved, cool, popular series, Nancy Drew (Nancy Drew Mysteries/Nancy Drew Mystery Stories) began being published. The 85th anniversary to be exact. Mystery readers have had the opportunity to read Nancy’s thrilling adventures starting on this date in 1930, with the publication of the first three volumes, The Secret of the Old Clock, The Hidden Staircase, and The Bungalow Mystery. That was the start of another successful Edward Stratemeyer series, The Hardy Boys (The Hardy Boys Mystery Stories/The Hardy Boys Stories) series having been established in 1927. Both series being read and loved here and now in the 21st century. That’s pretty cool. The Nancy Drew series continued with new stories from 1930 until November 2003 with #175 (The Hardy Boys went to April 2005 with #190). I have a facsimile edition of books #1-#3 (unread as of yet) and I also have the revised editions, which I have read. 🙂 My favorite of the first three Nancy Drew books is #3 The Bungalow Mystery. 🙂

There are several essential characters who’ve helped Nancy a lot. Her dad, Carson, is a lawyer who loves his daughter, and although he’s always concerned for her safety, he’s super proud of her. Her boyfriend, Ned Nickerson, brave, loyal, and smart, lets Nancy know he loves her, not only by telling her, but also showing it with understanding and support. Hannah Gruen, the Drews’ housekeeper who’s been like a mother to Nancy. George Fayne and Bess Marvin, cousins who’ve stuck with Nancy through many dangerous situations. Also Helen Corning, a friend appearing in several books. And my favorite characters, the Hardy Boys, brothers Frank and Joe, fellow detectives and justice-seekers have worked with Nancy.

Important trivia if you don’t want to be wrong: Nancy was 16 years old in the first book. That means she isn’t 85 years old today – because she would have had to have been a baby in The Secret of the Old Clock – and maybe people really matured a lot quicker than us today, but she could drive a car, etc, so that’s just not in the realm of possibility for her to be an infant in the first book. So since she was 16 in the original, she would be 101, but with her being 18 in the revised edition of The Secret of the Old Clock, you could say she’s 103. But it is physically impossible for her to literally be 85 and not 101 or 103. 🙂 So if you read anywhere online that’s she 85, you know that’s incorrect and you know the actual facts. 😎 If you want to get really technical, The Secret of the Old Clock was written in 1929, so that would make her 102 or 104. 🙂

It’s not a mystery at all as to why Nancy (and the Hardy Boys) continue to be important, much-read characters. The answer is that readers who love action and mystery love reading about the adventures of people who have a strong sense of ethics and are willing to take on deadly foes murderously intent on getting away with a number of crimes. Bad individuals and groups get stopped and it’s good to see that. Plus Nancy and the Hardys keep their sense of humor, which also helps them. Smart, brave, loyal, compassionate, resourceful, quick-witted and wise are all words that describe Nancy Drew (and The Hardy Boys 😀 ). And I’m extremely thankful to know that there are people like them for real. 🙂

Nancy not only has a lot of books, but other items as well. My mom and dad got me a book about Madame Alexander dolls and it has in there about the doll made in Nancy’s honor. Plus, there are numerous movies, games, several alternate universe book series, and graphic novels from Papercutz. The games includes PC/Mac/tablet/phone games from HeR Interactive, including one of my favorite ones, The Secret of the Old Clock – which I like more than the book. 😎

So those of us who love an adventure want to read the exciting mysteries Nancy’s solved. You can find them on sale online or in bookstores, or check them out of public libraries in paperback, hardcover, and ebook. Puzzling clues and fascinating mysteries at a variety of locations await you! 🙂

Let me know what you like most about Nancy and if you have a favorite book or game! 🙂

This Site Watched Over and All Comments Moderated By <>WORDWARRIOR<> 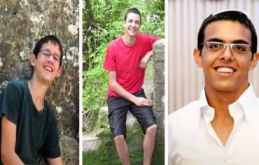 Please pray for the families of the murdered Israeli/American teens: Eyal Yifrach (19, from Elad, Israel), Naftali Frenkel (16, from Nof Ayalon, Israel, dual Israeli-American citizen), Gilad Sha'ar (16, from Talmon, Israel). As always, please also pray for the Israeli Defense Forces, etc. Operation Protective Edge Our tears and prayers are not unseen or unheard. Eyal, Naftali, Gilad, and every brave Israeli - we will never forget. 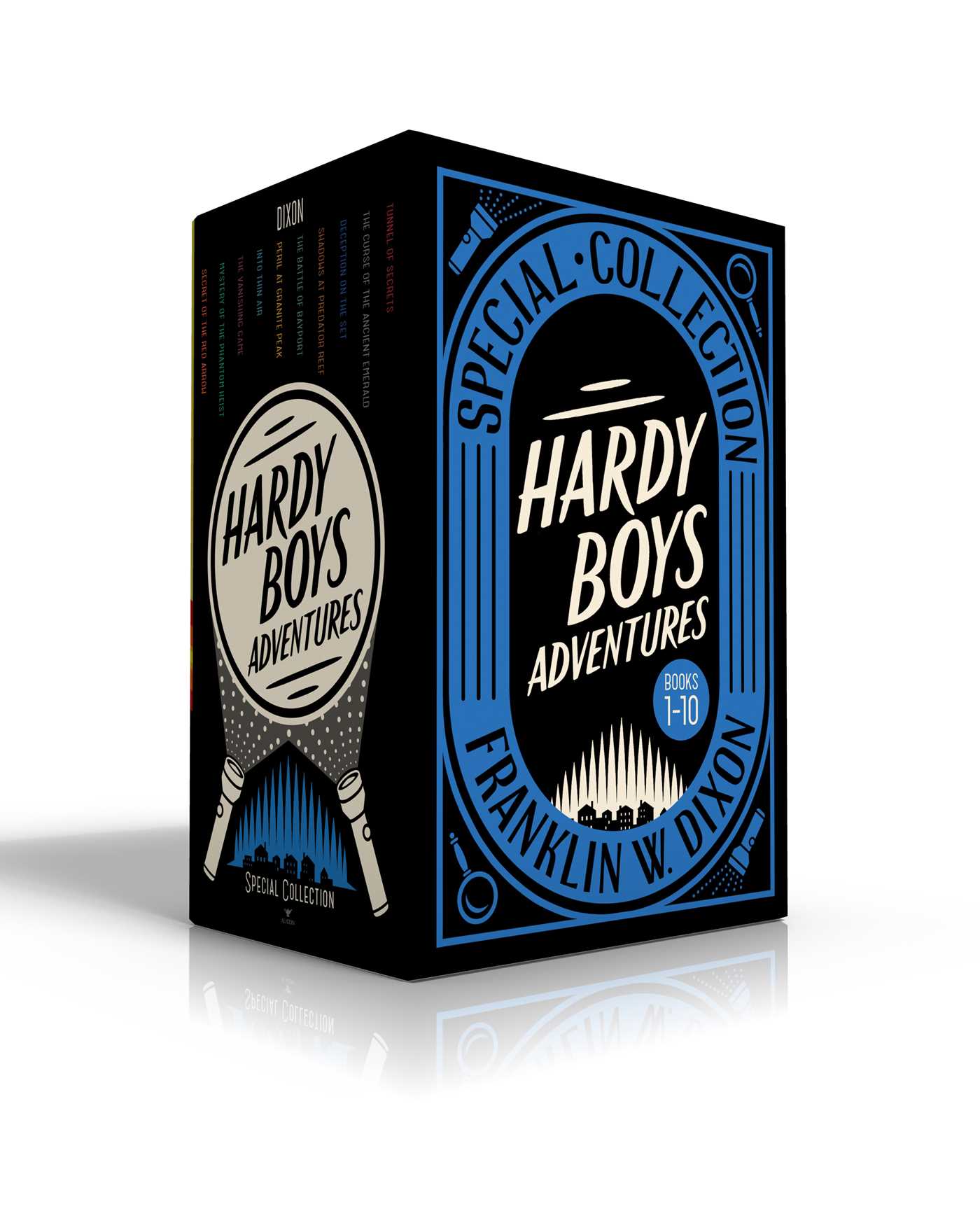 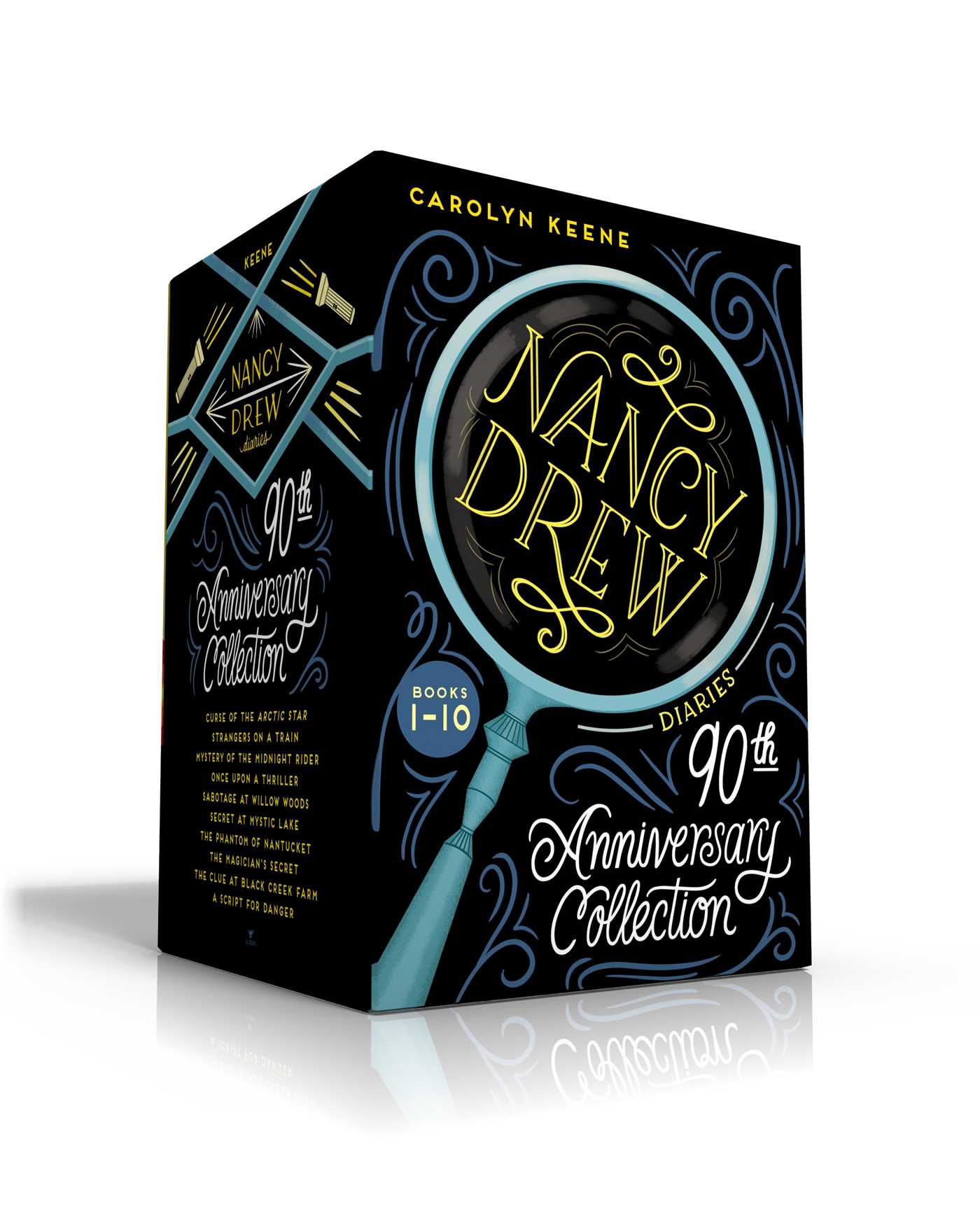 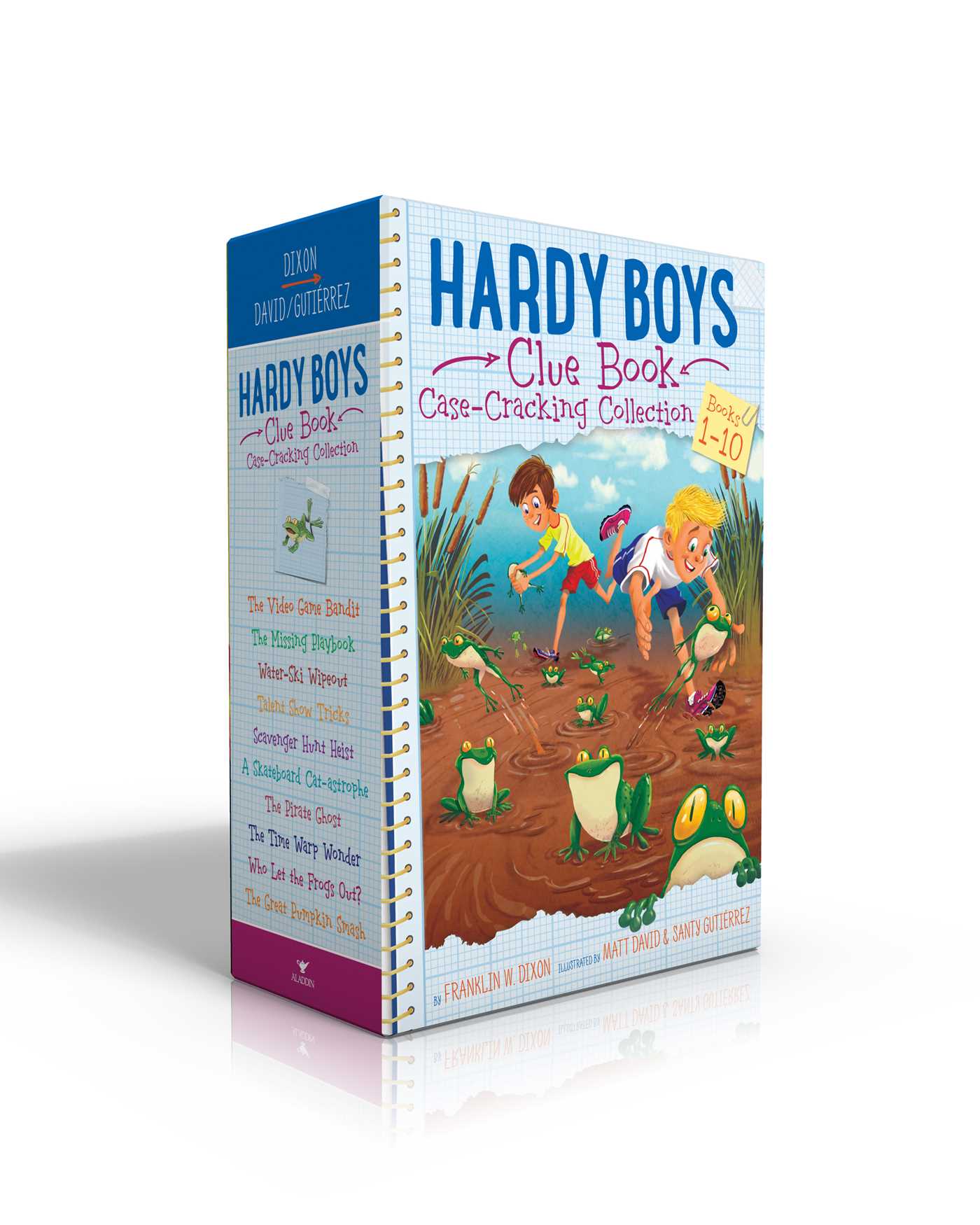 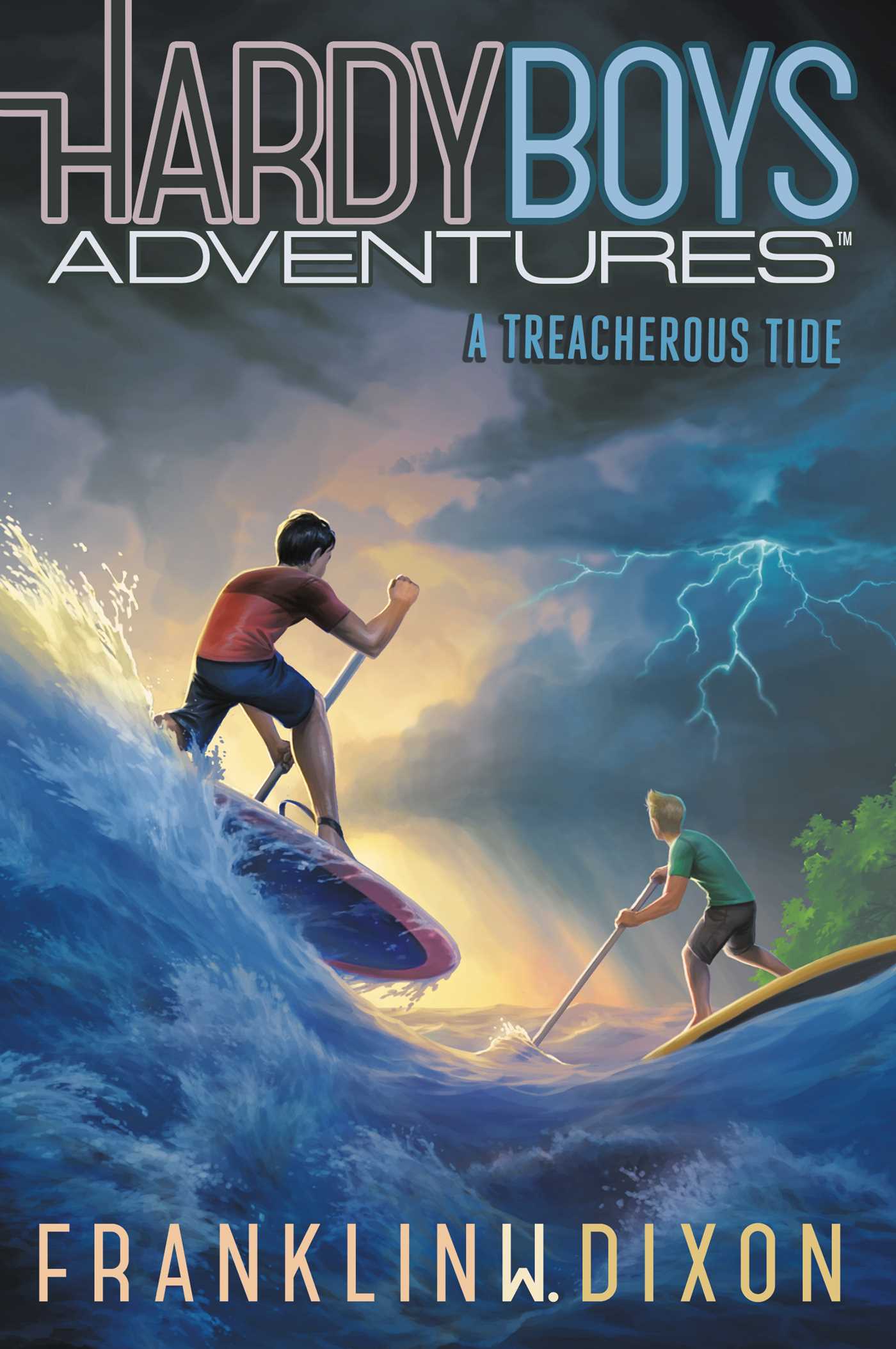 ♪ No matter where we are in the world, we should always try to make things better. ♪
Follow Hardy and Drew Mysteries on WordPress.com