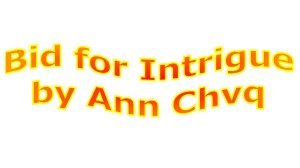 Dusting off his jeans as he stood back up, Ned shook his head at how close that had been and how thankful he was that he’d seen the explosive device attached to the chassis of Nancy’s car in time.

Just moments ago he had succeeded in disarming the device, thanks to Frank’s expertise. He wiped a hand over his forehead, but tried to appear calm and casual. He still felt that the person who had placed the explosives there was watching in order to activate the remote signal. Presumably when Nancy got in the car.

“You were the one who knew how to disarm it,” Ned told him.

“But you were the one who was going to have to deal with the consequences if I was wrong.”

“Did you have any doubt?” Ned asked.

Ned chuckled. “Happy to hear it.” He casually glanced around. “Do you think the person who put that there can tell it’s been deactivated?”

“Maybe. I’m still looking at the footage to see if I can get any info on it or find any oddities that might tag a particular person who built it.” Frank coughed and reached for a drink of water. An alert that the facial recognition database had come up with a match on the picture Phil had drawn of the guy from the Riviera appeared on his screen. He clicked on it for more information, read what was there and sent the files to his dad. Frank had been right, the guy he thought was suspicious turned out to be a suspected hit man, with a long list of priors, including murder.

“Nancy told me what happened with the explosion at the restaurant.” Ned paused a second before asking, “Hey, you don’t think the two are connected, do you?”

“Possible. Even though they weren’t targeting Nancy at the Riviera because they couldn’t know that she would be going by right then to see Joe driving toward the fire, it could be the same person or group trying to kill us.”

“Nancy, Joe, and you could all be the targets from one of the cases you worked on together.”

“True. I’m sending you a picture of the suspect for the fire.” Frank was typing like crazy on his laptop, working on a couple of things at once pertaining to the case. He also was anxious to talk to his brother and see that he was okay.

“Okay. Are you sure that this thing is disabled and can’t be reactivated remotely?”

“It can’t blow because what you removed is essential as the catalyst for it,” Frank explained. “With you standing there guarding it until Nancy and Carson get back, whoever put the explosives there can’t get to it. But your plan is still risky. Sure you want to go through with it?”

“I don’t know if Nancy is going to go for it,” Frank told him.

“I’ll just have to convince her.” Ned knew that would be more difficult than him disarming the explosive.

“Yeah, good luck with that,” Frank said then gave another concerned glance at the time on his computer. “I’ve got to call Joe and check on him. He should have called in by now.”

Right then Joe wouldn’t have been able to answer his phone. Callie held onto him as he lost consciousness. “Joe, please.” She could see he was breathing, but it was a bit labored. Reaching for his wrist, she took his pulse.

The box that Joe had been holding on to had dropped from his hand and lay on the carpet. Callie reached over, very carefully, to check inside the box on the chance that it contained an antidote. No such luck.

As she checked Joe’s vitals again, she worried what was going to happen to him from the dart. Whatever’s on it can’t be a good thing. He’s breathing, but not easily. He needs medical attention, right now, but they might not even be able to cure him from the poison right away if an antidote is required.

Callie’s worry for Joe increased every second he didn’t wake up.

She was thankful that she had worked out a signal with the girls helping keep Olive busy. So far they should be clear. But that wasn’t the main concern. After trying again to rouse Joe to consciousness, she pulled her phone out of her pocket and called his big brother.

“Callie?” Frank answered immediately, having been about to call Joe. “Everything okay?”

She talked quietly and quickly, but clearly. “Joe and I were checking out Olive’s house. Joe found this plastic box and a dart sprang out of it, hit him in the stomach, now he’s unconscious. He’s breathing, but it’s a little labored.”

Frank was standing up and changing from his sweat pants to jeans and putting his shoes on as he listened to his girlfriend tell him what was going on. He grabbed his car keys, wrote a quick note for his mom and aunt, left it on his pillow and moved quietly down the stairs. This was all accomplished efficiently and precisely in a matter of minutes.

Using caution, Frank was able to get out of the house without being seen. In a few quick strides he reached his car, trying not to cough as the cool night air hit his irritated lungs. In seconds, he had started the engine and backed out of the driveway.

I’m actually thankful that I know where Olive’s house is, he thought with a slight shake of his head.

Frank’s hands gripped the steering wheel as he drove through the streets, fear for his brother causing his foot to want to press the gas pedal to the floor. Fog had arrived and made travel more difficult, but Frank handled it expertly. Caution was still there, in the back of his mind, knowing that his brother needed him and wrecking wouldn’t help at all.

Seeing the road he was looking for, Frank made the swift curve, slowing down no more than was required, shaving off every second he could. His headlights picked up Joe’s car and he parked behind it, jumped out, and hurried to the back of Olive’s house, having been told by Callie all of the necessary information.

Slipping in quietly, he followed Callie’s directions to where the living room was located. She had told him on the phone that there was already a light on in there, figuring Olive must do that whenever she goes out. Frank remembered she had left one on when he had picked her up for the date. Was that just yesterday? In the back of his mind he wondered why Olive would have a locked box with a poison dart in it.

As soon as Frank stepped into the large room, his eyes went right to where a very worried Callie was holding onto a still unconscious Joe. He hurried over, fear running through him.

“I’m so glad you’re here!” Callie whispered. “There’s not been any change. At least he doesn’t seem to be doing any worse. That’s a good sign.”

“Yeah, we’ll take that as a good sign.” Frank knelt down beside them, his concerned eyes observing his younger brother’s breathing. He reached out and carefully checked Joe’s pulse. “Hey, little brother, enough with the beauty sleep. Not helping you. Wake up, Joe,” Frank said gently. No response caused Frank to sigh in worry. “He’s preprogrammed to ignore me when I’m trying to wake him up.”

“Don’t feel bad. He’s ignoring me, too,” Callie glanced down at Joe, whose eyes were still closed, his eyelashes brushing his cheekbones. “Shouldn’t we leave now?”

Keeping a hand on his brother’s arm, Frank shook his head. “Not if the antidote’s here. Where’s the dart?”

“He pulled it out and still had it in his hand when he started to lose consciousness.” Callie looked around. “There.”

Frank nodded and moved to pick the small, but deadly-looking, dart off of the carpeted floor. Lifting it up to his nose, he smelled it to see if he could identify the poison that way.

“Do you know what it is?” Callie asked, hopefully.

Shaking his head, Frank looked at his brother again. “I feel like tearing the place apart to find the antidote. I could just call Olive and demand that she tell me. But she might not know, if that box isn’t hers. It could be her sister’s.”

“That’s possible. At least the girls have been able to keep Olive busy talking so she won’t be showing up here, surprising us.”

“Yeah, about that. Joe and I have this crazy theory,” Frank whispered, his dark eyes asking Callie to understand he didn’t want to say anything more while they were there in Olive’s house.

Ned got back into his car, while keeping alert, called Nancy and told her what had happened. He knew there was no need to worry about anyone listening in via their phones, because they always made sure they were secure.

“So, I thought you could just come back, act like everything is normal, and see if my plan works,” Ned told her, feeling both fear and intense determination concerning the situation.

“What’s your plan?” she asked.

“I’ll tell you when you get here,” he said firmly.

After Nancy had ended the call, she told her dad what was going on. She had a funny feeling she wasn’t going to like Ned’s idea.

Joe realized he could hear two voices speaking, quietly and very seriously. He recognized Frank’s then Callie’s. They both were saying his name, like they were talking to him, but he couldn’t yet respond. He still felt really tired and thought they should let him sleep, but they sounded so worried, he decided he should try more to say something. But that was asking an awful lot.

There was his brother’s voice again. Sounded like Frank was pleading with Joe to wake up. I’m trying! Joe thought to himself. Frank shouldn’t be talking so much with his sore throat. Mom told him to rest it. I told him that meant she was telling him to shut up. He gave me that raised eyebrow look of his. Why do they want me to wake up? I’m really tired. Maybe Frank and Callie will let me go back to sleep if I can at least open my eyes. They sound so worried, don’t want them to worry….why are they worried?

“I think he’s waking up!” Callie exclaimed. “Did you see his eyelashes move?”

Frank nodded, watching anxiously. “Come on, Joe, you can do it. That’s it, buddy.”

A flash of blue was seen for a moment before disappearing.

Joe gasped, swimming hard toward consciousness, trying to fight through what was on the dart that was now in his system.

It took another few tense moments before Joe was slowly opening his eyes. He felt really groggy and like he could slip back into unconsciousness any second. “Wha?”

“You were sleeping on the job, that’s ‘wha’,” Frank said, his relief at Joe regaining consciousness woven into his teasing his younger brother. Callie smiled, her heart still beating fast from worry, but a little less worried.

Joe focused on his brother as he tried to remember what had happened. Where were they? Moving his eyes over to Callie’s face, he could almost remember, but not quite.

Frank scooted his hand under his brother’s shoulders to help him sit up. “We better leave and then if an antidote is needed, we’ll deal with that-” He broke off what he’d been saying as all of a sudden they heard someone at the front door, sliding a key into the lock.

Please leave a reply - that would be awesome! :) Cancel reply